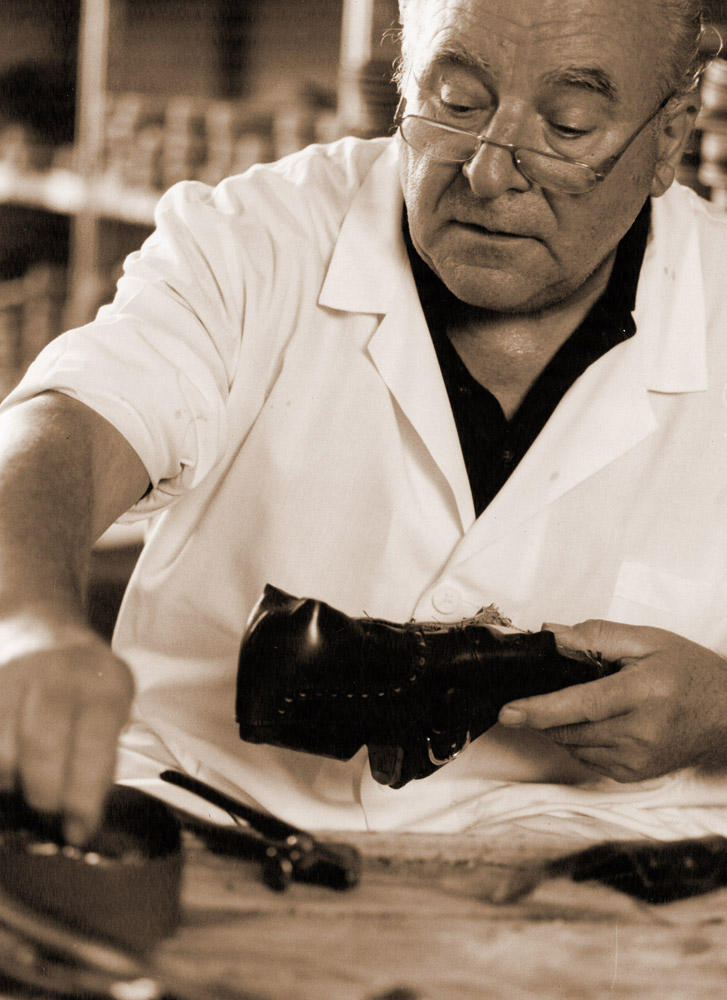 Tonino Caccin, founder of the firm, learned young the art of shoe making.

He began working as apprentice at a shoemaker that thought him the profession. In 1947, at the age of twelve, he began his own activity, at first on behalf of a third person, few years later with his own brand, drawing personally new models and improving his ability.

In 1977 he created the brand RUNIC, conceiving and producing models of high quality that are characterized today by the particular handicraft workmanship and are still produced according to the most ancient traditions of “Riviera del Brenta”.

Thought for a specific typology of footwear, in 1979 the lifestyle brand WIMBLEDON was created to follow new fashion trends.

In the last years there has been the introduction of sophisticated machineries in some workmanships, however, the ability of the hand and the experienced eye of the man guarantees the maximum quality of the product.

Today the firm RUNIC is lead by the sons Nico, Ruggero and Matteo with the same professionalism and devotion. Their shoes are delivered to the most distinguished shops in Italy, Europe and world wide markets.